At the pond in July

I almost had no images for this post because the weather here has been pretty poor throughout July and the smaller insects were keeping their heads down.  So was I, if I am truthful.

But yesterday, on the last day of the month, the wind was light, the sun appeared and it was in the low 30’s.  An hour spent at the ponds was a useful break from working in the garden.  The emperor was still patrolling the pond (as was an elusive, female, egg-laying broad-bodied chaser) and I managed to get a shot during one of its very few stops to eat a small insect.  New for this month on the pond was a common darter and an emerald damselfly.  Elsewhere around the pond, a comma butterfly, a pair of green-veined whites and, after a bit of a search, a resting grasshopper. 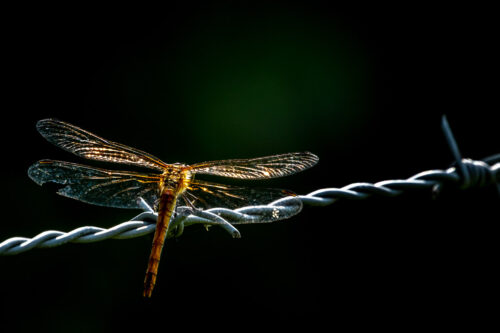