Crested hawk eagles (or changeable hawk eagles) are fairly common in some of the Sri Lankan national parks.  Here, there are several different birds in different stages of development.  As they get older, they get darker.  The featured bird had a kill which its mate seemed eager to share. Landing on its back was either an attempt to mate or an attempt to persuade it to share its kill.  Whatever, it was rebuffed and left empty-handed.  Note one of the other lighter birds on the ground eating what looks like a small snake. 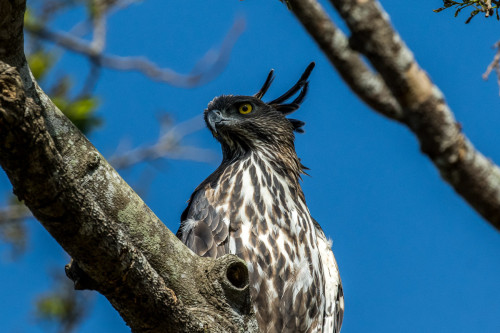